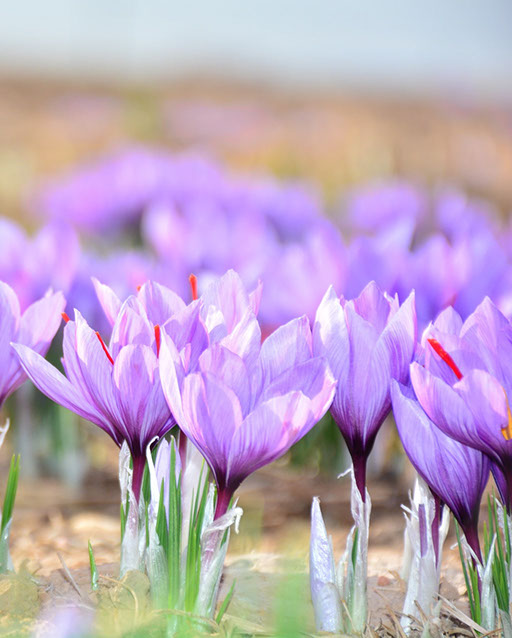 Bio Aurum spearheads the medical research and development of nature-based treatments for a range of neurodegenerative diseases. Our initial focus is on exploiting the naturally occurring bioactive molecules of saffron believed to target defined pathogenic pathways in Alzheimer’s and Parkinson’s diseases. Our pipeline development is ICH-compliant and based on proprietary technology.

We combine a scientific approach with stringent clinical validation to advance medicine and improve health through nature.

Neurodegenerative diseases are debilitating illnesses caused by the progressive degeneration and/or death of nerve cells. While many factors are involved in pathogenesis and progression, aging and neuroinflammation are accepted to play pivotal roles.

Alzheimer’s Disease (AD) is the most common neurodegenerative disease, with millions of new cases across the globe each year. It leads to progressive memory loss, diminished mental capacity, apathy and disorientation. Pathological changes associated with AD include neurofibrillary tangles and amyloid plaques. At present, there are no disease-modifying therapies that prevent the development of AD nor any curative treatments do not exists. Standard therapies provide some symptomatic relief but with only modest and transient efficacy.

Parkinson’s Disease (PD) is the second most common neurodegenerative disease, characterized by the loss of dopaminergic neurons in the substantia nigra. PD is associated with motor symptoms such as tremor, stiffness, and difficulty with walking and coordination. Cognitive and behavioral problems can accompany motor symptoms, with dementia common in the advanced stages of disease. Medications and physical therapy can provide substantial relief in the earlier stages of disease but come with side effects and substantially diminish in efficacy over time. There are no curative treatments for PD.

While the underlying pathology of AD and PD are different, neuroinflammation plays an active role in the pathogenesis of both, and both are characterized by the chronic, progressive loss of neurons and their synaptic connections, processes typical to neurodegenerative diseases that lead to gradual functional decline.

Saffron has a long and remarkable history of use in traditional medicine for a wide range of indications.

The therapeutic properties of saffron constituents have been more methodically studied in the recent past, with evidence to support antioxidant, anti-inflammatory and neuroprotective properties among numerous others. Current scientific evidence demonstrates that saffron’s bioactive compounds exhibit therapeutic effects in a wide array of conditions, including psychological disorders, cancer, diabetes, cardiovascular diseases and neurodegenerative diseases.

Indeed, there is abundant scientific literature indicating that saffron alleviates the symptoms of AD, with some clinical studies indicating that it may be as effective for the treatment of AD as the first-line pharmaceutical drugs donepezil and memantine. Similarly, saffron has been demonstrated to exert nueroprotective effects in numerous animal models of PD. While these findings cumulatively support that saffron constituents may be promising agents in treatment of AD and PD, any elaboration of the potential molecular mechanisms of action of saffron in its capacity as a neuroprotective agent would greatly facilitate the development of effective, novel, saffron-based or NCE-based neuroprotective therapies.

Bio Aurum team has researched the bioactive constituents of saffron, defining scientifically for the first time the chemical profile of its neuroprotective ingredients and potentially elucidating their mechanism of action. Among a number of bioactive molecules in saffron are four crocins, which are water-soluble flavonoids that confer saffron its yellow color. While saffron manifests a rather stable genetic constitution, we have discovered that the observed generic neuroprotective effects of neuroprotective saffron are in fact strongly dependent on specific ratios of crocins. While the chemistry of the components suggest a strong antioxidant activity, saffron compellingly acts beyond antioxidation, modulating the activity of many genes and ultimately slowing down the progression of neurodegeneration by blocking neuroinflammation, among other pathophysiological events.

Based on proprietary knowhow, we are able to isolate the most potent saffron at 100% purity, while conserving the optimal proprietary therapeutic ratio of the bioactive crocins.

Our extracts have previously been demonstrated to be effective in treating age related macular degeneration (AMD) and, more recently in a Phase II clinical study for Stargardt disease, which is a juvenile form of macular degeneration caused by a well-characterized genetic mutation. Data stemming from past work on retinal disease has culminated in a tangential invention- that this easily observable tissue, with many cellular and functional markers, might allow an early diagnostic method for the early detection of Alzheimer’s. Therefore our emerging pipeline consists of both therepeutic and diagnostic technologies for AD and PD.

Bio Aurum’s neuroprotective nutraceutical supplements will soon be tested in a Phase I clinical study. For more information, contact us.